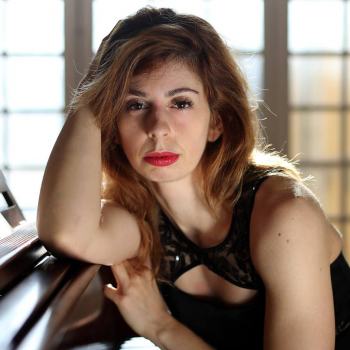 She won several national and international prizes, including “Maria Campina” and “Princess Lalla Meryem”, and performed as soloist with the Brussels Chamber Orchestra, as a prize of Koninklijk Conservatorium Brussel Competition for students of all instruments. She has played, since 2006, in countries as France, the Netherlands, Sweden, Brazil and China, as well as in the main Portuguese festivals and concert halls, including Dias da Música, Sintra Festival, Oeiras Festival, Mafra Festival, Centro Cultural de Belém, Auditório Ruy de Carvalho, Centro Cultural de Cascais and Olga Cadaval Cultural Center, as soloist and with the leading Portuguese orchestras and conductors.

She is the author of the book "Schumann ́s Carnaval: work of genius and madness" (based in her PhD dissertation and with a preface of Professor Mário de Vieira de Carvalho) and has recorded four CDs: "Waltz Transfigured" with works by Schubert and Schumann, “Brahms: Piano Concerto No. 1" with Orquestra do Norte, "Encounter", with works by Mozart and Schumann and the most recent "Identity", with music by Debussy, Prokofiev and Liszt.
Pianist of great originality, Teresa da Palma Pereira has been dedicated, in the last years, to a set of projects that aim to bring erudite music to new audiences, performing several cycles of commented recitals, as "Communication with music", "Classics outdoors", Classics for All" and " Classics in the Bookstore", at Fundação Portuguesa das Comunicações, Palace of the Aciprestes, in Linda-a-Velha, social quarters and the bookstore “Ler Devagar”, in Alcântara, respectively.

She ́s also the Artistic Director of the Oeiras International Piano Festival since 2018. 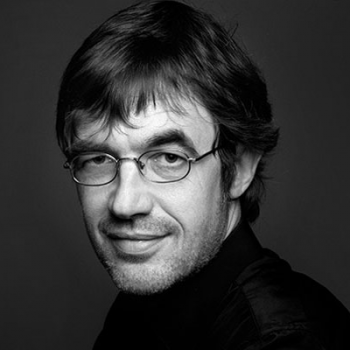 Jan Michiels studied with Abel Matthys at the Royal Conservatory of Brussels. From 1988 to 1993 he studied at the Hochschule der Künste in Berlin under the direction of Hans Leygraf - he was awarded an exceptional distinction for his interpretations of Bartók's Second concerto for piano and Ligeti's Etudes. He was Tenuto-laureate in 1988 ; in 1989 he won the international E.Durlet competition. In 1991 he was laureate of the international Queen Elizabeth Competition. In 1992 he was awarded the JeM/ Cera prize for musicians and in 1996 he was signed up as festival star of the Flanders Festival. He is also laureate of the 'Gouden Vleugels/KBC Muziekprijs' 2006.

Jan Michiels is currently active as piano professor in the Koninklijk Conservatorium Brussel, where he also led the class of contemporary music for eight years. He conducted masterclasses in London, Murcia, Hamburg, Oslo, Montepulciano, Szombathely (Bartokfestival). He is fellow in the 'Platform' (VUB-KCB/The Brussels Model) and prepares a doctorate in the arts with the 'New Prometheus' of Luigi Nono as a guide. He regularly performs as a soloist or with chamber music ensembles (a.o. the Piano Quartet "Tetra Lyre" and a piano duo with Inge Spinette) in several musical centres in Europe and Asia, with conductors such as Angus, Asbury, Baudo, Boreycko, Edwards, Eötvös, Märkl, Meylemans, Nézet-Séguin, Ono, Pfaff, Rahbari, Rundel, Soustrot, Stern, Tabachnik, Tamayo, Zagrosek, Zender - but also with dance-productions of Anna Teresa De Keersmaeker, Vincent Dunoyer and Sen Hea Ha. His repertoire reaches from Bach to today.

Apart from his many radio recordings, he also recorded cd's with works from a.o. Bach, Bartók, Beethoven, Brahms, Busoni, Debussy, Dvorák, Janácek, Liszt, Rachmaninov, Ligeti, Kurtág and Goeyvaerts (these three last composers appreciated very much his interpretations). The cd 'Via Crucis' - a Liszt-portrait (Eufoda) - received a Caeciliaprize in 2002. He played different complete cycles: all Beethoven sonatas, all pianoworks of Schoenberg, Webern and Berg and the complete chamber music with piano of Johannes Brahms. 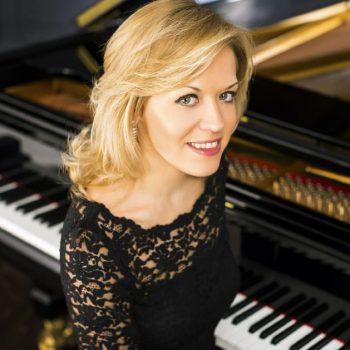 With a vivid onstage presence, dazzling technique, and keen musicianship, Russian-American pianist Olga Kern is widely recognized as one of the great artists of her generation, captivating fans and critics alike. She was born into a family of musicians in Russia and began studying piano at the age of five, and at seventeen was awarded first prize at the Rachmaninoff International Piano Competition. In 2001, she jump-started her U.S. career, winning a historic Gold Medal at the Van Cliburn International Piano Competition in Fort Worth, Texas—the first woman to do so in more than thirty years. A Steinway Artist, Ms. Kern is a laureate of a number of international competitions. In 2016 she was Jury Chairman of both the Cliburn International Amateur Piano Competition and the first Olga Kern International Piano Competition, where she also holds the title of Artistic Director. In coming seasons, she will continue to serve on the juries of a number of other high-level competitions. Ms. Kern frequently gives masterclasses and since 2017 has served on the piano faculty of the Manhattan School of Music. In 2019, she was appointed the Connie & Marc Jacobson Director of Chamber Music at the Virginia Arts Festival. Highlights of the 2019-20 season included performances with the Allentown Symphony, Grand Rapids Symphony, Baltimore Symphony Orchestra, Colorado Symphony, Toledo Symphony Orchestra, New Mexico Philharmonic, and the New West Symphony. She also appears as a soloist on a U.S. tour with the National Symphony Orchestra of Ukraine and gives recitals in Orford, Sunriver, Fort Worth, Carmel, and San Francisco. Kern has performed with many prominent orchestras, including the Moscow Philharmonic, St. Louis Symphony, Pacific Symphony, Baltimore Symphony, Detroit Symphony, and the National Symphony Orchestra (Washington, D.C.), as well as the São Paulo Symphony Orchestra, Iceland Symphony, Nordwestdeutsche Philharmonie, Tokyo’s NHK Symphony Orchestra, and the National Youth Orchestra of China, which marked her Chinese debut. She was also a featured soloist on US tours with the Royal
Philharmonic Orchestra and the Royal Scottish National Orchestra, and during the 2017-18 season served as Artist in Residence at the San Antonio Symphony. Ms. Kern’s discography includes a Harmonia Mundi recording of the Tchaikovsky Piano Concerto No. 1 with the Rochester Philharmonic Orchestra and Christopher Seaman; her Grammy-nominated disc of Rachmaninoff’s Corelli Variations and other transcriptions; and Chopin’s Piano Concerto No. 1 with the Warsaw Philharmonic and Antoni Wit. Other notable releases include Chopin’s Piano Sonatas No. 2 and 3, and, more recently, SONY’s release of the Rachmaninoff Sonata for Cello and Piano with Sol Gabetta. Ms. Kern is also featured in award-winning documentaries about the 2001 Cliburn Competition: Playing on the Edge, They Came to Play, and Olga’s Journey. 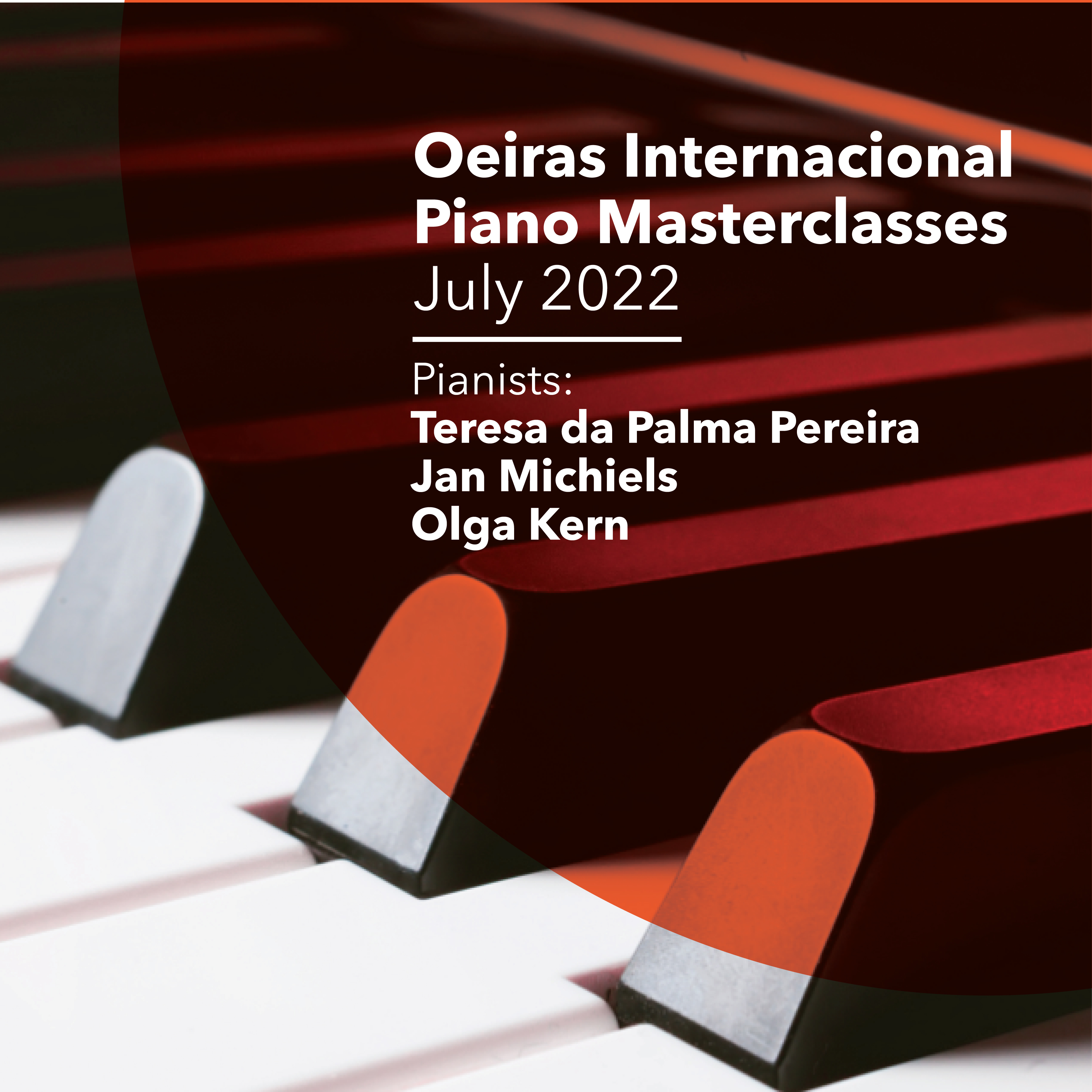 Applications must be made by May 30th.

Piano lessons with internationally renowned pianists are aimed at young students and more advanced students. Students will have the opportunity to play in the final recital.